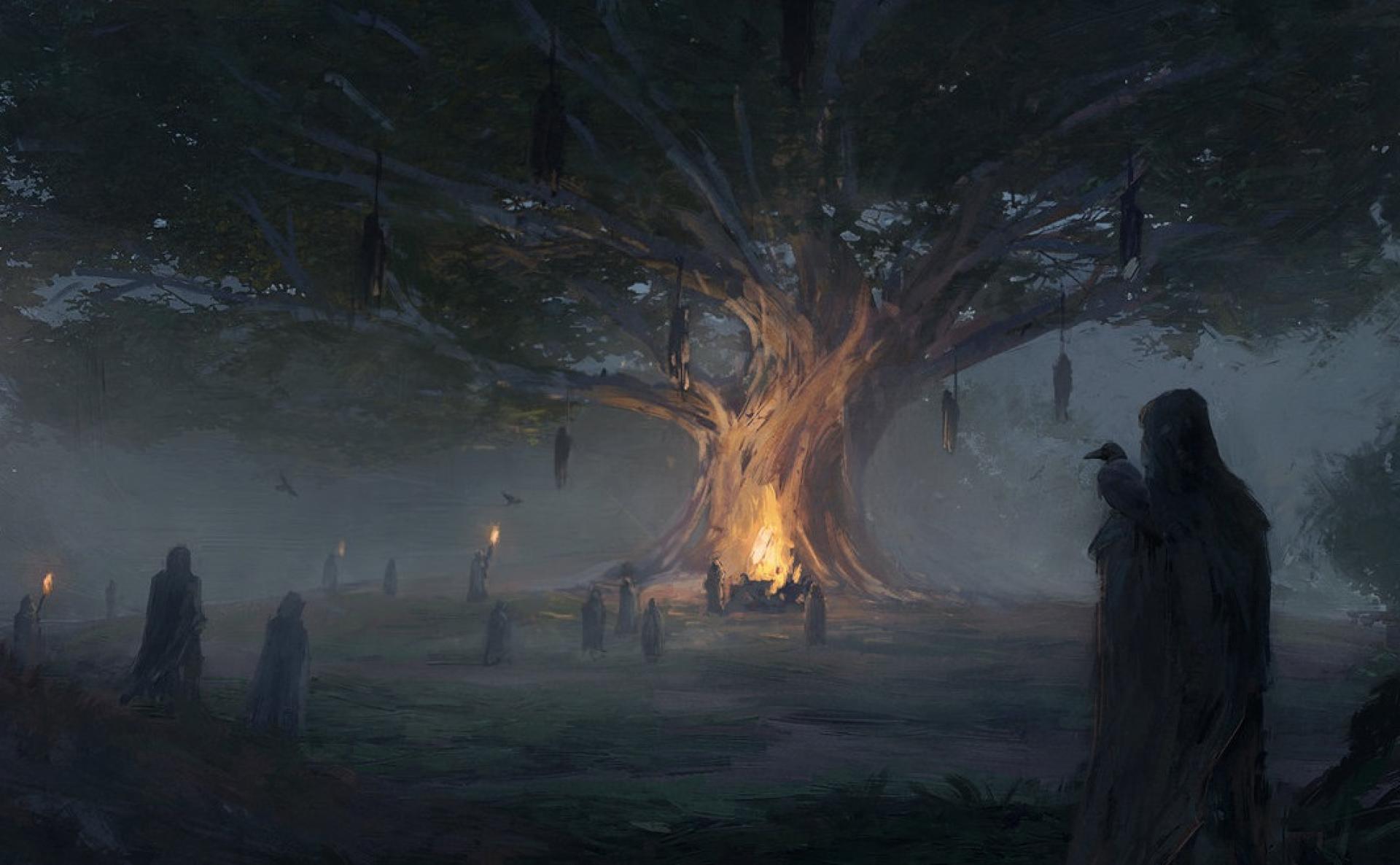 The kingdom of Knusgraad is a bad place for a mage.

Even worse if you’re a witch. But witches, they never come alone, do they?

By royal decree, all magic is gifted through the will of the Gods, and therefore belongs solely to the God’s earthly representatives - the King and Church. All born with magic are nothing but mere vessels who must wield it to serve its true masters. Those who protest risk facing the sacred blaze of the Holy Inquisition.

Most mages are locked in cloisters from a young age. Many never leave. Others are drained or drafted. The lucky few serve high society. And some attempt to flee to neighboring lands, such as the Bronze Coast. For the latter, there is the Kyrkogrim Coven. An underground network of rogue mages who help the defectors reach freedom, and sabotage the Inquisition on every front they can.

But for every mage the Coven saved, dozens have died in flames or chains. The Inquisition’s iron grasp forced the Coven’s members into hiding or fleeing over the border to safety. Their forces decimated, their numbers dwindling, their hope eviscerated through the years. So few are left to carry on the fight.

But there is one more innocent to save, and the Coven cannot ignore her cries.

There is no rest for the wicked, after all.