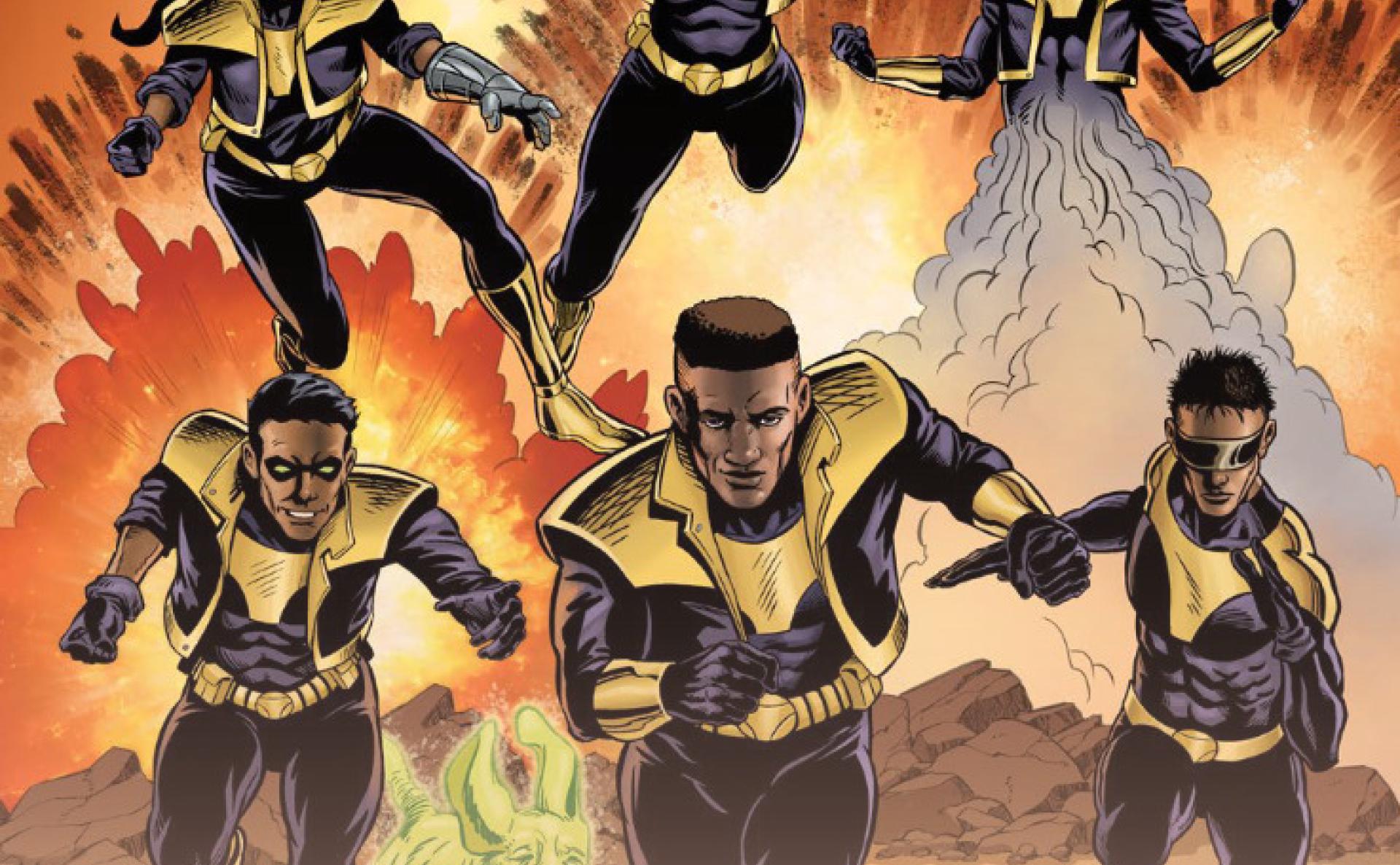 This is the world in 2028, where superhumans known as novas have risen to prominence, changing the world with their Quantum powers.

Team Tomorrow is a group of superheroes, they are among the most popular and well-liked novas on the planet. Young novas hoping to join the ranks of Team Tomorrow attend Team Tomorrow Academy as a team colloquially known as Teen Tomorrow.

Led by Cestus Pax from the T2M Central headquarters, Team Tomorrow responds to natural disasters, terrorist threats, rogue novas, and rampaging Elites only they can handle. They also strive to lower crime, build infrastructure, and help people with their lives. Their association with the United Nations grants Team Tomorrow virtual global jurisdiction. Project Utopia’s guidance grants them wisdom when they use it.

Founded in 2027, the Team Tomorrow Academy is an experimental program for training and educating novas under the age of 20. The aim is for them to join any of the Team Tomorrow arenas when they become adults. They also promote Utopian ideals among young people around the world

One year later, the first generation of the nicknamed “Teen Tomorrow” have seen action dealing with petty crime and other young novas following a more destructive path. So far, the enthusiastic young novas have dominated all streamcast channels and are small social media sensations, with no tragedy or minor setback. Cestus Pax, however, is worried that this idyllic venture may not last. The Academy alums might soon bite off more than they can chew.

You are playing these alumni.
Our premier team of teen superheroes are introduced and respond to their first real mission!

Trinity Continuum: Aberrant is a game of superpowered adventure in the near-future of the Trinity Continuum. In 2018, novas — people with superhuman powers — first appeared following the explosion of a space station high above Earth. Now, 10 years later, thousands of novas have transformed the world, using their extraordinary powers to fight crime, clean up the environment, invent new technologies, and create wonders. The presence of novas has also caused problems, and some fear the powerful individuals — first called “aberrants” — due to their unpredictable powers and impact they have on the world around them. Still, love them or hate them, people can’t get enough of novas, and being one is a ticket to instant celebrity, fame, and fortune.