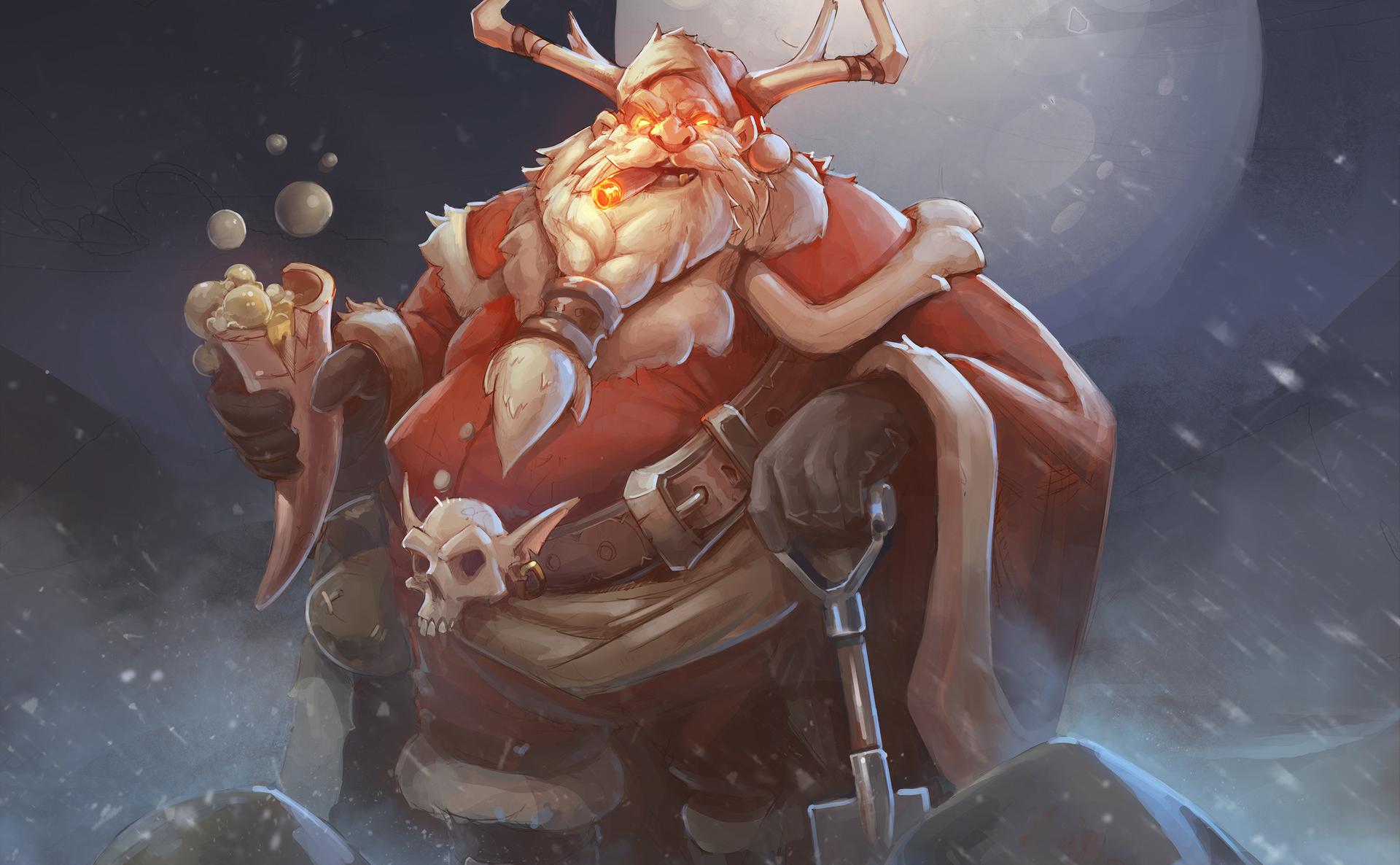 How does Santa Know Who’s been Good or Bad?

Santa’s Secret Service, of course!
It all started in 2194, when a space prospector discovered a centuries-old magical Gate on Jupiter’s moon Ganymede. His investigation activated the Gate, allowing magical energy to flood back into the universe. Children spontaneously mutated into elves, dwarves, cherubs, lycanthropes, and even weirder things. A transformed alligator became the mother of all dragons (after stomping about in Tokyo for a while). Wherever Magic pooled, Technology failed. The beliefs and fears of living creatures shaped magical energy into reality, leading to a proliferation of bugaboos and the sudden appearance of creatures and places that once resided only in myths, legends, and fairy tales.

One of these fairy-tales-come-true was Santa Claus. Jolly Saint Nick, Mrs. Claus, and a legion of elves set up shop at the North Pole, making toys and breeding flying reindeer. They lived happily in their fairy-tale castle, venturing out only once each year, to deliver toys to all the good boys and girls all over the solar system.
Then, a century and a half later, disaster befell the jolly old elf and his friends….
Can you rescue Santa before Santa’s Secret Service destroys the spirit of Christmas? 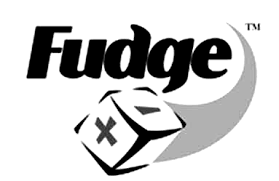 Fudge is a rules-light role-playing game engine providing a common set of game mechanics that can be used to create any role-playing game you desire. Fudge uses a simple word-based system for handling action and combat resolution, which makes the game fast-paced and easy to play.

For example, a character might be a Great Swordsman rather than a 14th level fighter. Combined with simple action resolution, Fudge's descriptive nature makes ideal it for novice players. Fudge is also flexible enough to satisfy experienced roleplayers.

There are no artificial limits placed on character creation; any character the player can imagine can be described in Fudge terms. (Of course, Fudge encourages players to consult with their game master when designing characters, since the GM has final say over whether or not a character is acceptable in a given game.)

The basic Fudge rules contain no campaign world information (except for a few examples). But the game's flexibility allows it to be easily used with nearly any other role-playing game's campaign world - and, of course, with game masters' own personal creations.

No Fixed Attributes. The GM chooses attributes that match the genre played and suit individual taste. A GM designing a simple Fudge game may choose only two attributes (Body and Mind, for instance), or may dispense with attributes entirely and have a character's abilities entirely defined by skills, gifts, and faults. Another Gamemaster may choose 6 attributes, or 10, or more. There are a lot of attributes to choose from

Skill-driven system. The GM selects the skills, whether they are broadly defined skill groups or finely defined individual skills. You can even mix broad definitions with narrow ones without any loss of playability.

Simple action resolution. Players use normal six-sided dice - or, optionally, special Fudge dice - to determine how well their characters perform any action. Results describe degrees of success (or failure!) in words - from Superb down to Terrible. Alternative dice methods allow for 20-sided or percentile dice to be used.

Easy translation. The word-based system lets you easily translate any campaign world or adventure written in Fudge into any other system - and vice versa! Fudge thus works as a "universal translator" of gaming systems.

Design your own. If you are thinking of designing your own home rules role-playing game, simply reading Fudge can provide an excellent introduction to everything you need consider as a game designer!

Goodies Galore. The Fudge game was first published on the Internet, and alternative rules and supplementary materials are freely available at various on-line sites. The Grey Ghost Games website includes links to many of these Fudge-related sites.