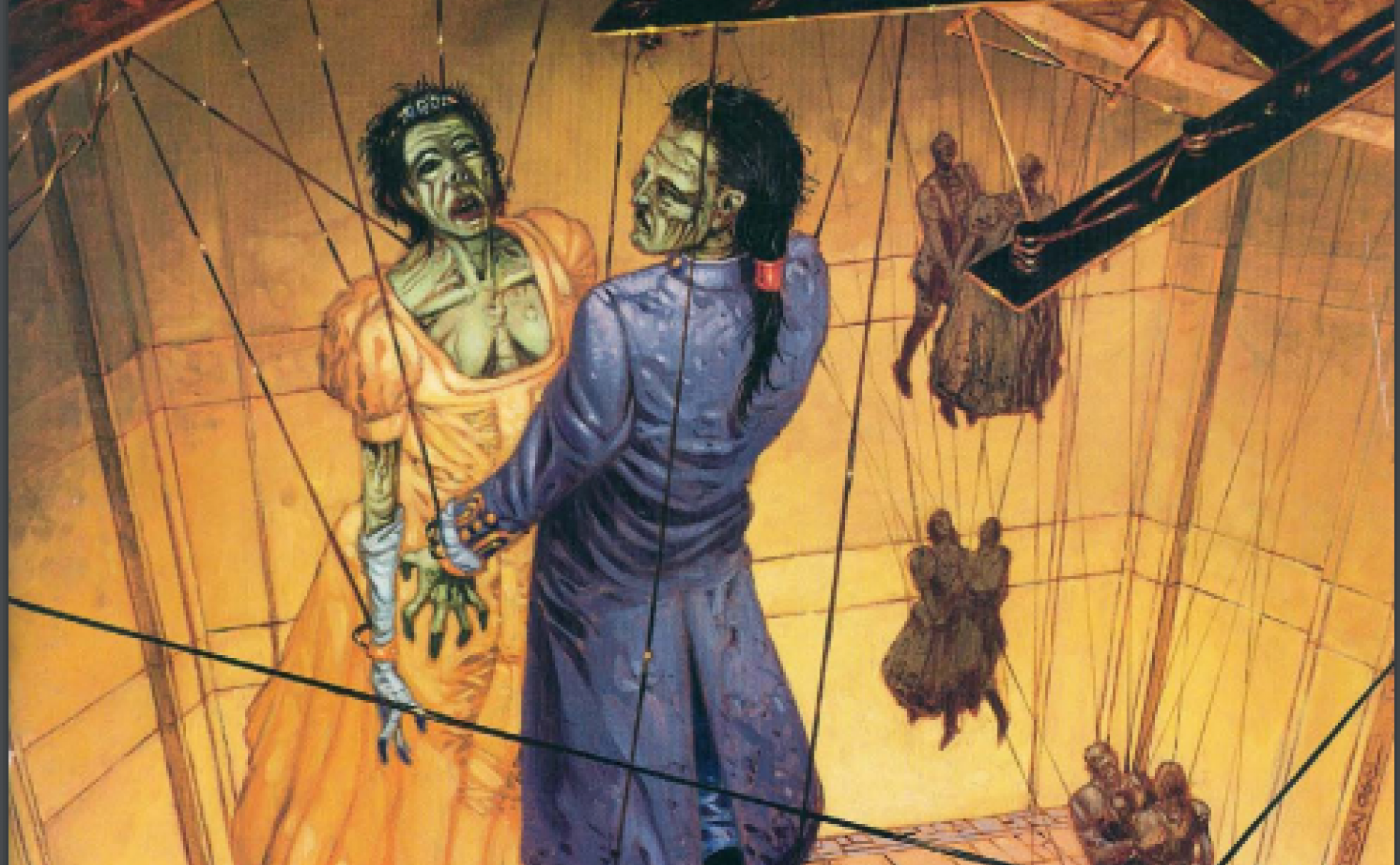 As you turn a corner, you enter Rue de Cordone, where the lords and ladies of Pont-A-Museau stroll on autumn afternoons. This afternoon is no different. The walks are crowded with nobles and wealthy merchants. Some of them closely followed by their bodyguards, swaggering bravos in shining mail, while not a few of the wealthier lords wear their jewel-studded swords openly. The rich and elite exchange pleasantries and jostle silken sleeves and skirts as they pass, while the alleys ring with the cries of beggars.

The ancient trees that line this avenue spread their heavy branches over all those beneath. Somewhere in the distance, you hear a languorous iron bell toll six times. With a jangle of harness and a steady clop of hooves, a black carriage passes down the street. You notice that it pulls to the side and its driver dismounts, but rather than open the carriage door, he fixes his dark eyes upon you and approaches. He is a tall thin man with heavy brows and a long hooked nose. As he comes nearer, you see that his dark jacket, though brushed and clean, is frayed at the cuffs, and the knees of his trousers are worn thin. There is a queer smell about this man, but you cannot identify the odor. He stops before you and says, “Madame Tuvache wishes to speak with you in her carriage.” He indicates with a bony finger the black carriage parked down the street.

“There is a monster in my basement! Oh, do not fear, for I have locked the door and trapped it inside, but sometimes it creates such a ruckus that I fear I will go out of my mind. Most of my servants have left me, and I am in desperate straits. Won’t you help me? I do not know what sort of monster it is, but it does howl so fearfully sometimes, and it growls and sniffs about my cellar door. I have no idea how the thing came to be there. There must be some old secret passage linked to the city’s underground canals, but I have no way of knowing. I will pay you well to eliminate this creature.”