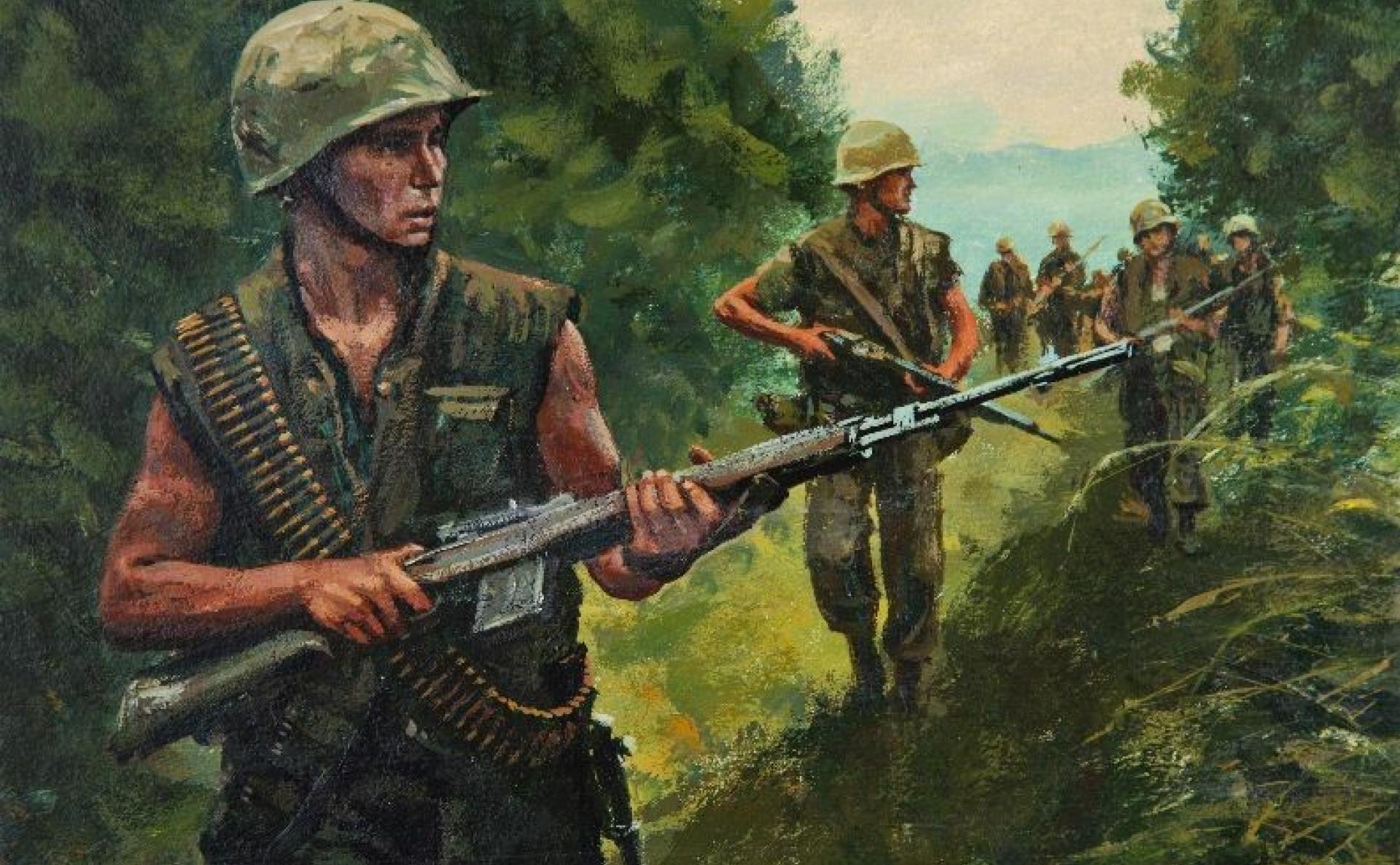 From 1961 to 1973, the United States was involved in a war unlike any it had ever fought in its history. Millions of young Americans streamed over the Pacific Ocean to fight a war in a country they had never heard of, and thousands didn’t come back.

PATROL is a roleplaying game for 3+ players, set during the height of the Vietnam War. Players take the role of American GIs, ARVN soldiers, or their allies from Australia, South Korea and Thailand, tasked with executing an indeterminable and endless campaign of Search and Destroy across the countryside, faced with the perils of the deep jungle, the devious cleverness of the Viet Cong, and the blunders of a disconnected command structure. They’ll need every bit of their skill and determination to survive their tour with their body, mind and soul intact.

PATROL’s systems have been designed from the ground-up to be an immersive and informed game about guerrilla war, long-term missions and infantry combat. A unique d6 pool system allows for the introduction of complications and twists to any roll with simple skills and only a handful of stats. Thanks to the always-ticking clock, every action is fail-forward as time pressure is constant. A simple but powerful system of status effects and opposed alignments drive players into conflict with one another as, in their desperation, they become incentivized to act irrationally.